Words of Inspiration:
It takes rare gifts, talents and rare personalities to be real pathfinders in this work. There are no royal roads. It is all a problem of being true to ones natures and opportunities. And to teach others to do the same with themselves. -Adolf Meyer, OTR/L     I will walk the road however hard it is, because only on the road can you see that yesterday lies behind you and tomorrow waits on the path ahead. The road measures life in distance. The further you travel, the longer you live. -Ma Jian     It is not the way you fall, it's how you get up. -Michele Kwan     It takes courage to show your dreams to someone else. -Erma Bombeck     Just when the caterpillar thought its world was over, it turned into a butterfly. -Anonymous     Thank you to all my friends. -Christina Bellini-Zaher 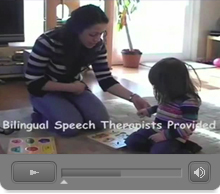 Over the past few weeks, you may have heard your children and their friends whispering about a creature called Momo. What started out as a harmless, yet unsettling, sculpture in a Tokyo art gallery has now evolved into a sinister game that all parents and guardians should be aware of.

So what exactly is The Momo Challenge? The game is suspected to have originated in Mexico on WhatsApp Messenger in 2018, and the games existence is still shrouded in mystery. However, it is known that the Momo character utilizes social media apps and text messengers to interact with users. It appears simply as the eerie photo of the Japanese sculpture with a voice that gives instructions to commit dangerous acts, such as turning on the stove. It generally targets a young and impressionable audience and then blackmails them into compliance with content they have hacked from the user.

Momo engages with the user and asks if they would like to play a game. Once the user agrees, Momo begins assigning them time-sensitive tasks to be carried out which require photographic proof. The first challenge is usually harmless; Momo asks that you send a photo of yourself or draw something specific. After committing to the game, the challenges become progressively darker and exceedingly dangerous the more the user plays. Momo feeds on emotionally vulnerable youths around the world with a range of tasks promoting self-harm and, ultimately, suicide.

Momo has been seen infiltrating childrens YouTube videos as well as the YouTube Kids app, leaving unsuspecting parents defenseless. In one of several uploaded videos of the beloved childrens character Peppa Pig, the clip suddenly stops and transforms into a waking nightmare. The video depicts a horrifying scene of a decapitated cartoon character and gun violence. In another video clip, Momo appears about halfway through the seemingly harmless episode and sings to its audience in a childs voice that Momo is going to kill you. Past the point of disturbing, many concerned parents have reported Momos presence throughout childrens videos, instructing viewers to swallow entire bottles of pills, drink the chemicals from under the sink, and even directing children to slit their wrists.

To date, the Momo challenge has not been directly linked to any deaths or severe injuries in the United States; however, there are several cases worldwide under investigation with evidence of Momo challenge interactions on the victims devices. In the UK, reports show that at least four children are thought to be victims of the suicide game, as well as one child in Argentina, two in Colombia, and one more in France. The Momo Challenge has claimed a total of eight lives, and possibly more, in less than one year.

Technology is an integral part of modern life, but we must remember that the Internet can be a malevolent place. Using personal tablets and other devices in the safety and comfort of our homes, we tend to forget that we are not as safe online as we think we are. The Momo Challenge is todays issue, but what will be the next insidious thing to find your children online? It is vital that you always know exactly what your children are viewing online.

You can better defend your children from online dangers by changing their search settings, applying age restrictions, and blocking out apps that could pose a potential safety risk. While parental intervention is necessary, there is no substitute for conversation. Be proactive, start a dialogue with your children on the dangers found online and help spread the awareness of malicious content targeting children within your community.

By far the most happiest & proudest mother in the world!! From holding his straw cups to rolling about on the floor & now holding up a stand for several seconds! Although there is a long & rough journey ahead to come, I know only the best could come out of him...

The Role of the Ongoing Service Coordinator in Early Intervention

Therapy Center for Children, LLC Offers Tips for Celebrating the Holidays with Your Child

Tips to Make the School Year FUN and SUCCESSFUL

© 2023 Therapy Center for Children.
Unauthorized use and/or duplication of this material without express and written permission from this website's owner is strictly prohibited.

This website is designed and maintained by the Public Relations and Marketing Group. Long Island Graphic and Web Design.